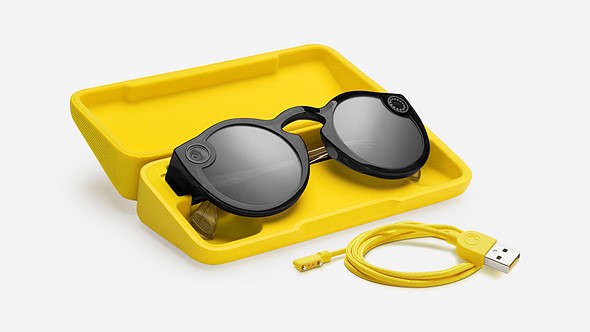 Snapchat has just introduced version 2 of its Spectacles camera glasses, and they come with a bunch of new features. The glasses—which Snapchat has dubbed “your hands-free camera”—can now take photos in addition to video, are water resistant to the point where you can even submerge them for short periods of time for underwater snaps, and will be available with prescription lenses, too.

After selling a little over 200K glasses, demand plummeted and that… was that. No doubt, the new features, more stylish options, and immediate mass-market availability of Spectacles V2 are meant to appeal to a much broader audience and succeed where Version 1 fell flat.

Where the Spectacles V2 should shine compared to its predecessor, though, is in build quality and convenience. According to TechCrunch’s Josh Constine—who got to try the specs out early—the glasses feel much sturdier, the charging case is much smaller and more convenient, battery life is substantially improved, and pairing to your phone is easier too.

What’s more, Constine seems to think these glasses could be the commercial success that V1 (and Google Glass, for that matter) never were:

After two days of use, I think Spectacles V2 cross the threshold from clumsy novelty to creative tool accessible to the mainstream. And amidst user growth struggles, that’s what Snap needs right now.

Spectacles V2 are available to purchase today from Snapchat’s website in the US, UK, Canada and France, with more countries on the way. They’ll cost you $150 ($20 bucks more than the original V1s) and are available in Onyx, Sapphire and Ruby with each color offering a darker or lighter version of the attached lens.

To learn more about Spectacles V2 or if you want to give the new camera glasses a go for yourself, head over to the Spectacles website.