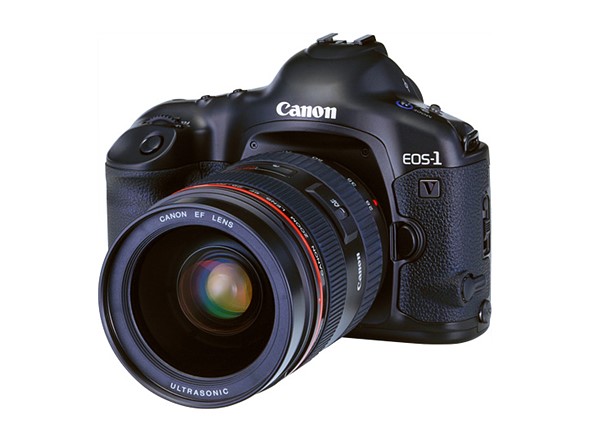 It’s a bad week for film lovers as Canon follows Leica with the news of the discontinuation of an important 35mm camera from its line-up. Earlier Leica reported the end of the M7, and now Canon has announced it has ceased production of its flagship film body, the EOS-1v. The fact that most of us didn’t even know it was still in production anyway hardly softens the blow, as the launch of this model in 2000 was truly one of Canon’s greatest moments.

The hard-as-nails professional body can shoot at 10 fps with the PB-E2 power pack attached, and can even manage 9 fps in AF servo. It has a 45-point AF array, a shortest flash sync of 1/250 sec, a top shutter speed of 1/8000sec and is claimed to be good for over 150,000 actuations. It can store the shooting data from 100 rolls of 36 exposure film to be read-out using Canon’s EOS Link ES-E1 software and matched to the roll using an ID number imprinted on the film leader by the standard camera back. Best of all, its 0.72x 100% viewfinder presents a huge, clear and bright view of the world even by today’s best standards.

Canon says repairs will be carried out until October 31 2025, though after its statutory repair period in 2020 expires the company can’t guarantee it will have the necessary parts.
If this sad news is too much for you, reading the Google Translate version of Canon Japan’s statement might cheer you up. You can also read more about this fantastic camera in Canon’s fabulous Camera Museum. michael kors tasche blau